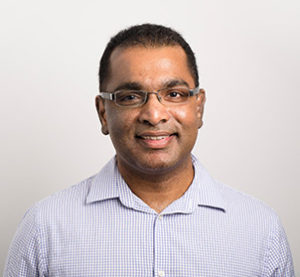 Associate Professor Nadarajah Kangaharan (usually known as Dr Kanga) is an Australian trained Cardiologist based in Darwin. He was born in Sri Lanka and migrated to Australia in 1992 on a full merit scholarship by Australian Government and completed his Medical Degree at University of Adelaide in 1997. He undertook his post graduate training at Westmead Hospital in Sydney and Cardiology advanced training at Flinders Medical Centre in Adelaide and at the Royal Darwin Hospital in the Northern Territory. He became a Fellow of the Royal Australian College of Physicians in 2005. He has been working as a Cardiologist both at the Royal Darwin Hospital and Darwin Private Hospital since.

He has held the position as Medical Director – Division of Medicine at the Royal Darwin Hospital since 2009. Through this role, he has assisted to build a sustainable medical specialist work force and expanded the number of specialist trainees through the Commonwealth funded Specialist Training Program. He has further contributed to the successful setup of the Chronic Disease Coordination Unit based at the Royal Darwin Hospital providing care coordination, education and support to remote Indigenous patients in the Top End.

As a leading cardiologist based in the Northern Territory, he has played an integral part in establishing Integrated Cardiac Services Network throughout the state in partnership with NT Cardiac, NT Government and the Commonwealth. With a key focus of improving cardiac services in the Northern Territory – particularly the improvement of quality and access to healthcare to remote and Indigenous patients, he has been dedicated to the provision of regular outreach services to various communities (Maningrida, Oenpelli, Wadeye, Nguiu, etc.) in the Top End and to Alice Spring Hospital since 2006. He is also the current Chair of the Indigenous Council of the Cardiac Society of Australia and New Zealand.

Dr Kanga promotes and supports “Patient Centred Care” in both the private and public settings. It is his belief that a sustainable health care model in the NT would require successful collaboration and mutually beneficial partnerships between both the public and private health organizations. As such, he has been a key driver for enhancing the partnership between both Royal Darwin and Darwin Private Hospitals.

WE ARE COMMITTED TO